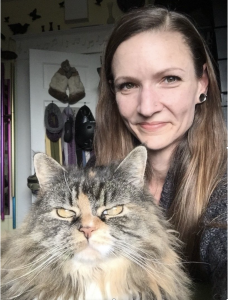 Many communities, including MTABC, mourn the loss of Jennyfer Hatch, who passed away on October 23, 2022. After a lifetime of living with Ehlers-Danlos Syndrome (EDS), Jennifer chose to die on their own terms by Medical Assistance in Dying (MAiD).

Jennyfer was born in Winnipeg and moved to BC in 1994. Jennyfer was a Certified Music Therapist (MTA), music instructor, healthcare advocate and lover of nature, forests, oceans, and cats. Remembered for gifts of presence, music, connection, and resilience, they found their voice to advocate for others and speak their own truth with clarity and compassion. Jennyfer was a creator and sharer of beauty and joy, which culminated in a final video of their last months of life entitled All is Beauty by Simons. Jennyfer wanted there to be ripples from this video’s message and more dialogue. The video went viral with over a million+ views.

Jennyfer trained at Douglas College and Capilano University and graduated with a Bachelor of Music Therapy degree in 2017. Jennyfer completed internship at Queen’s Park Centre and Crossroads Inlet Hospice. Their clinical focus in mental health and trauma recovery with folks of all ages was contained within a framework of client-centred, anti-oppressive, and humanistic approaches to holding and being held in community. Jennyfer’s work included creating and leading the “New Dementians choir” in Burnaby, a community choir for those living with dementia and their loved ones.  Jennyfer’s musical strengths, love, and compassion flowed in the annual family retreats and the Synergy choir with the Lumara Grief and Bereavement Care Society, work Jennyfer treasured greatly.

Jennyfer enjoyed singing and sharing music with others and by themselves in beautiful spaces: resonant corners of hallways and stairways at Capilano University, in nature by the ocean or rivers, and often at home with a beloved kitty. Jennyfer has left us with recordings of their beautiful voice and songs, accompanied by soft guitar. May we remember their message that “there is beauty even in the most difficult times. You just have to look for it”.  Jennyfer, may your beautiful light shine on. 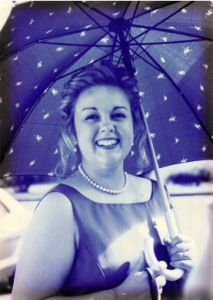 Our Music Therapy community mourns the loss of Christie Millard, who passed away on September 26, 2018.

Christie was born in Chilliwack, BC on March 30, 1974. Even as a young person, Christie demonstrated a love for music and for people who came into her circle.

Christie was in the Capilano College Music Therapy program from 1995 to 1997. She graduated with the Bachelor of Music Therapy degree through Open Learning University.

She completed her internship hours at Parkholm Lodge, a facility for seniors. At Parkholm, Christie quickly adapted to the changing needs of the residents and was always willing to plan and implement relevant and engaging programs. She was known for her “Why Not?!” attitude and got involved in making music with people at Parkholm, as well as playing and singing in special events programs. Christie had a way of engaging people who were reluctant to join in programs for one or more reasons. She simply asked “Why not?!” and that question often won them over. They would decide to give the program a try, and often they became regular attendees…continue reading 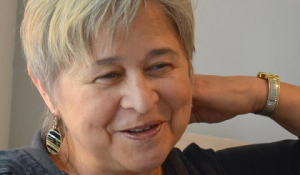 Music therapy communities in BC, Canada, and across the world lost a beloved music therapy pioneer on October 15, 2017. Dr. Carolyn Bereznak Kenny passed away peacefully in Santa Barbara surrounded by her loving family. She had been in ill health for 15 months with a cancer diagnosis while living in Vancouver and had moved to a hospice in Santa Barbara in August to be near her daughter and granddaughters. Carolyn had developed the first music therapy program at this hospice ten years ago, and with her daughter, Shannon, established a donation fund in her name to ensure that music therapy services are ongoing. At last count, mover $6,000 had been raised. Donations can be made to: http://www.vnhcsb.org/carolynkenny/

Born of a Choctaw mother in Mississippi and first-generation Ukrainian father, Carolyn was adopted into the Haida Nation in the year 1999 by Dorothy Bell, matriarch of the Masset Haida people. Her given Haida name is Nang Jaada Sa-êts, which means Haida Woman with a Mind of the Highest Esteem. Her Haida clan is Eagle and her Haida family holds the Hummingbird crest …continue reading

To view the celebration of life videos, click here. 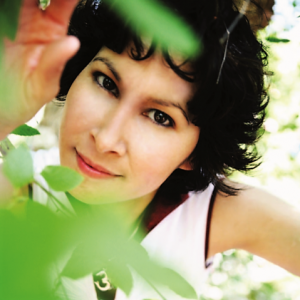 Music therapy lost a bright and beautiful soul on November 13, 2009. Chantal Jolly passed away peacefully, after living with breast cancer for seven years. She was surrounded by loving family, friends and music therapists who offered music, prayers and healing. Music was in constant supply during her last days and accompanied her final transition.

Chantal was born in St. Boniface, Manitoba and graduated with an honours Bachelor’s degree in Business Administration and Computers at the University of Manitoba before training as an actuary. Moving to Vancouver in 1990, Chantal entered the Capilano College music therapy program, graduating with the Bachelors of Music Therapy degree in 1993. She was one of the ten pioneering music therapists who graduated with her Masters of Music Therapy degree from Open University in 1998, created and mentored by Dr. Carolyn Kenny, who became one of Chantal’s lifelong close friends. Chantal trained in the Bonny Method of Guided Imagery and Music (GIM) with Linda Keiser Mardis, and became a fellow in the Association for Music and Imagery (FAMI). Chantal also had training and credentials in Reiki, sound healing, healing touch, reflexology and K Psych …continue reading

Membership is open to anyone with an interest in music therapy who lives in BC or beyond, regardless of qualifications or experience. Whether you are an MTA, a music therapy student or intern, or someone interested in our profession, we welcome you to be part of our association.